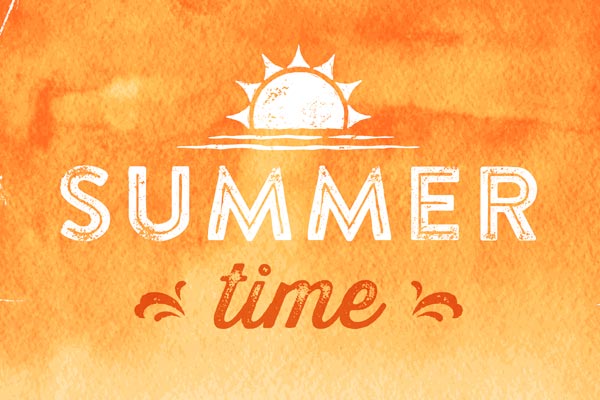 Starting June 1st our office will be changing to Summer Hours.  We will be closed on Fridays until September, so please visit us any time between 8am and 5pm Monday - Thursday.
Posted by MT Accountant at 7:36 AM 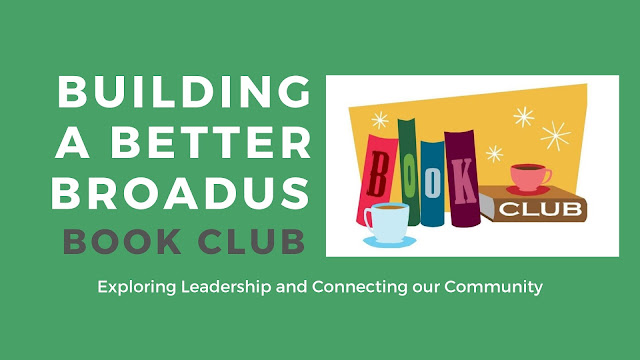 Let's get together again for Building a Better Broadus Book Club ! Anyone and everyone are welcome and social distancing measures will be in place. This is not your average book club because YOU DON'T ACTUALLY HAVE TO READ THE BOOK. Join us for in-depth conversations that explore the core values that help us build a better family, organization and community; focus on positive leadership, communication, courage and more. Let's start talking!

Led by Chamber President Melissa Archer Billing the short evening event includes some light appetizers and drinks. Hosted at the office of Gardner & Billing CPAs PLLC at 6pm tonight!
Posted by MT Accountant at 8:34 AM

Loan Forgiveness Rules Under the Paycheck Protection Program and Next Steps

The Coronavirus Aid, Relief, and Economic Security (CARES) Act established the Paycheck Protection Program (PPP) as an incentive for small businesses to retain employees during the COVID-19 pandemic. The program provides a low-interest loan to eligible small business owners, self-employed individuals, and other eligible businesses, including nonprofit organizations, and is meant to cover payroll, mortgage interest, rent, and utilities over an eight-week period.

The maximum loan amount is 2.5 times the average monthly payroll from the previous calendar year and is capped at $10 million per business. The application period began on April 3, 2020, and runs through the earlier of June 30, 2020, or when all the funds have been committed. The loan carries a maturity of two years and a 1% interest rate.

Loan forgiveness
A PPP loan may be forgiven, in whole or in part, if all employees are kept on the payroll for eight weeks. Clients apply for forgiveness from the lender eight weeks after loan disbursement, and the lender is responsible for determining eligibility. You don’t have to use all proceeds in the eight-week period, but it won’t be forgiven for any funds that are spent afterwards. Loan forgiveness is limited to the loan principal plus accrued interest. For tax purposes, forgiven loan amounts are excluded from gross income and associated expenses are not deductible.

The following expenses are included in loan forgiveness and the non-payroll items are capped at 25% of the loan proceeds:
Qualifying payroll costs include employee compensation in the form of salaries, wages, tips, commissions, employee benefits, health insurance premiums, retirement benefits, and state and local taxes assessed on compensation. However, you need to exclude Social Security and Medicare taxes.

Reduction in salary/wages and headcount
Your clients’ allowable forgiveness is reduced if there is a decrease during the eight-week period of more than 25% of the total salary or wages for any employee, compared to the most recent full quarter they were employed before you received the PPP loan. Don’t count any employee who had salary or wages higher than $100,000 in 2019.

Your clients’ allowable forgiveness is reduced for any decrease in the number of full-time equivalent (FTE) employees by comparing the average number of monthly FTE employees employed during the eight-week period after they receive your loan with either a) the average monthly FTE level for Feb. 15 through June 30, 2019, or b) Jan. 1 through Feb. 29, 2020.

Recordkeeping
Determining how you use the loan proceeds is important because all or a portion of the loan is forgivable, and the remaining balance needs to be repaid over a two-year period at a 1% interest rate. We’re still awaiting final guidelines on forgiveness from the U.S. Treasury and Small Business Administration.

Records your clients need to maintain:
Number of employees on the payroll, employee pay rates and salary levels, payroll tax filings, and payroll costs paid in the eight weeks after loan disbursement. Your clients will be asked to compare the average number of monthly FTE employees they employ during the eight-week period after they receive their loan with either a) the average monthly FTE level for Feb. 15 through June 30, 2019, or b) Jan. 1 through Feb. 29, 2020.
Tracking expenses
All of these expenses must be paid within eight weeks from the date the funds hit your clients’ bank to qualify for forgiveness. At the end of those eight weeks, your client can apply for PPP loan forgiveness with their lender. It will be helpful to track this information on spreadsheets or through QuickBooks. Here are some tips if your clients use QuickBooks and its tracking features:
Practitioner insights
You already play a key role in advising your clients on their taxes, so spend the extra time to advise on how to keep track of their PPP loans. Spending time on the front end setting up the recordkeeping and processes will save a lot of time in the long term.
=========
Mike D’Avolio is Senior Tax Analyst at Intuit.
Posted by MT Accountant at 3:36 PM 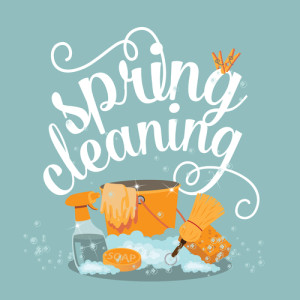 Our doors will be closed this Friday, May 8th to facilitate some office updates. We will periodically check voicemails and emails in order to complete any scheduled payrolls or assist with any emergency requests. Thank you for your understanding!
Posted by MT Accountant at 11:54 AM

Gardner grew up locally, graduating from Broadus High School in 1970, and then going on to college at Montana State University – Bozeman, where he graduated in 1974, with a Business degree with Accounting Option.

In 1977, Dave, along with his bride Pat Phillips Gardner, moved to Broadus, opening Gardner's Financial Services.

Located in the Rolfson Agency (the building which most recently housed Hair Restorations), Gardner Financial Services performed a variety of accounting services to area residents. After several years at the downtown location, the Gardners moved to a house near the clinic, where Dave worked out of the home.

During this time, the family welcomed sons Josh and Tyler (and eventually added another son, Todd, in 1986). For a period of time, Pat ran a daycare, then worked night shifts at Powder River Manor, with Dave pulling accounting duty downstairs during the day, and babysitting duty upstairs at night. During a recent interview, Dave said this portion of the couple's life was "all hands on deck" raising kids and working hard to get ahead.

In late 1979, the business moved to Marge Chiesa's building in downtown Broadus, where Gardner & Billing CPAs, LLC is still located today. When Gardners first moved to the building it had originally housed Little Joe's Barber Shop, as well as Lou and Betty Weiser's Liquor Store.

Following the death of Pat's dad, Jim Phillips, Dave and Pat moved their family to the Phillips Ranch in 1982, where they raised their 3 sons, and continue to live today.

In 1984, Dave passed the CPA exam, and expanded his business to include all the advanced accounting, payroll, and tax services entailed by the position. He said that the exam was significantly different than what is given today: "In those days, the exam was given twice a year, and you wouldn't find out your results for up to three months".

Dave's career spanned a timeframe which saw many changes in areas but most significantly in technology opportunities. When he began bookkeeping, everything was done manually with paper and pencil. Dave said that during the mid to late '80s, his business was one of the first in town to begin to harness the power of the computer, which Dave says was "a big deal at the time".

Initially the office only had one computer, so Dave and his employees scheduled their time on the computer, so everyone had to have their "ducks in a row" in order to complete their work during their coveted computer time.

Dave rented out office space in the building to a variety of businesses, including Lance Tonn, who provided law services a couple days a week, Russ Greenwood and his life insurance business, Ambrey Gartner's water rights filing business, Jon Craft's Farm Bureau Insurance, and most recently Michelle Patten with Patten Bookkeeping and Consulting.

Dave told us that at one time, four different offices were operating in the building, with secretary Darlene Hayden directing calls for all four offices on four separate phone lines; a task which she handled well despite the complicated work at hand. Just imagine 4 separate rotary dial phones, on your desk, and making sure you answered with the correct greeting!

Melissa Billing began working with Dave in 2002, beginning in payroll and expanding her areas of expertise over the years to include tax work. "She's been a signifigant difference-maker factor in the business since she first came on," Dave commented.

Billing would go on to pass her CPA exam in 2009, and become a partner in the business.

Dave said that five or six years ago, he began to think about retirement, and after talking with Billing, the decision was made for Billing to purchase the business and Dave to retire, with everything transferring over in 2019. Dave formally retired on Tax Day – April 15th of this year.

In retirement, Dave is looking forward to having extra time to tinker on stuff around his place.  Dave will continue to help Tyler out on the family ranch, and plans on continuing to serve on the School and Community Development Council, for which Dave is a founding member.

Over the years, Dave contributed a great deal of time to the community, not only through the SCDC, with the help and grants they provide, but also with the Chamber of Commerce and Agriculture (where Dave said he held every office at one time or another), the Fair Board, and two terms on the School Board. Dave and his fellow board members on the newly organized Medical Advisory Board to the County Commissioners are busy learning about the needs and challenges with providing local access to quality medical services.

Dave credits Pat as a big part of his success over the years. Her support, both at home and as an office manager from 1992 to 2014, were instrumental in the growth and success of the business.

The couple look forward to retirement, with plans to spend winter in the warmth of Arizona-always returning to the Broadus community to spend time in God's Country with the greatest people! Dave said, "The best part of being gone, is coming home!"
Posted by MT Accountant at 9:25 AM