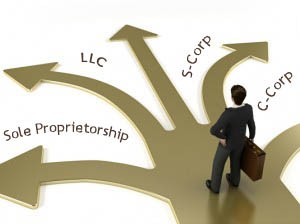 Of all the choices you make when starting a business, one of the most important is the type of legal structure you select for your company. Not only will this decision have an impact on how much you pay in taxes, it will affect the amount of paperwork your business is required to do, the personal liability you face and your ability to raise money.

It's not a decision to be entered into lightly, or one that should be made without sound counsel from business experts. It's important for business owners to seek expert advice from business and legal professionals when considering the pros and cons of various business entities. That advice can come from a variety of sources, ranging from the no cost/low cost, such as the SBA, to professional attorneys and accountants who can serve as valuable sources of information throughout the life of your business.

The decision should be based on several factors:

1. Legal liability
To what extent does the owner need to be insulated from legal liability? You need to consider whether your business lends itself to potential liability and, if so, if you can personally afford the risk of that liability. If you can't, a sole proprietorship or partnership may not be the best way to go. The protection of personal assets as the number-one reason many choose to incorporate. In case of a lawsuit or judgment against your business, no one can seize your personal assets. It's the only rock-solid protection for personal assets that you can get in business.

2. Tax implications
Based on the individual situation and goals of the business owner, what are the opportunities to minimize taxation? There are many more tax options available to corporations than to proprietorships or partnerships. Double taxation, a common disadvantage often associated with incorporation, can be avoided with S corporation status. An S corporation is available to companies with less than 70 shareholder returns. Business losses can help reduce personal tax liability, particularly in the early years of a company's existence.

3. Cost of formation and ongoing administration
Tax advantages, however, may not offer enough benefits to offset other costs of conducting business as a corporation. The high cost of record-keeping and paperwork, as well as the costs associated with incorporation, as one reason that business owners may decide to choose another option--such as a sole proprietorship or partnership. Taking care of administrative requirements often eats up the owner's time and therefore creates costs for the business.

4. Flexibility
Your goal is to maximize the flexibility of the ownership structure by considering the unique needs of the business as well as the personal needs of the owner or owners. Individual needs are a critical consideration. No two business situations will be the same, particularly when multiple owners are involved. No two people will have the same goals, concerns or personal financial situations.

5. Future needs
When you're first starting out in business, it's not uncommon to be "caught up in the moment." You're consumed with getting the business off the ground and usually aren't thinking of what the business might look like five or ten years down the road. What will happen to the business after you die? What if, after a few years, you decide to sell your part of a business partnership? While a sole proprietorship or partnership may dissolve upon the death of its owner or owners, a corporation can be readily distributed to family members.

Keep in mind that the business structure you start out with may not meet your needs in years to come. Many sole-proprietorships evolve into some other form of business, like a partnership or corporation, as the company grows and the needs of the owners change.

Businesses may be structured in a variety of ways, each with its own advantages and disadvantages. Coming up, we'll give a brief overview of some of the more common business structures.
Posted by MT Accountant at 10:55 AM

Montanans Given Chance to Secure Their Water Rights 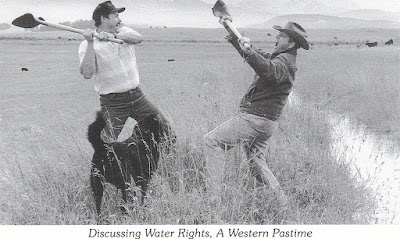 Many property owners in Custer County and throughout Montana received a letter in the mail recently from the Montana Department of Natural Resources that had something to do with water rights.  The letter has confused more than a few people.

The letter was sent to property owners throughout the state who might have either an in-stream or groundwater right on their property.  The letter is giving holders of water rights an opportunity to formally file for that right if they have not done so previously.

According to the state officials, if property owners know that they have a water right and it was filed for at some time in the past, they can ignore the letter.  And if the property has neither a stream nor a water well, the letter can also be ignored.

State Rep. Brad Hamlett (D-Cascade), formerly a four-term state senator, introduced a bill in the 2017 legislature with the short title of “Revise laws for the filing of exempt water right claims.” That bill’s passage is what led to the letter being sent.

Officials said that many property owners, especially if they live in town and have city water, have no idea if they even have a water right.  Fortunately, DNRC has both an online listing of water rights and a phone number – 406-444-0560- to call to inquire.  The agency has been receiving a very high volume of calls.

That is one reason, said John Grassy, communications officer of DNRC, that the deadline for the latest round of water filings is not until June 30, 2019.  “The two-year deadline gives people a chance to do research,” he explained.

DNRC has posted a video and a “Frequency Asked Questions” section on their website to explain what an exempt water right is, whether you have one, and why you should fill out the form and mail them a fee.  http://dnrc.mt.gov/news/hb-110-offers-chance-for-property-owners-to-file-claims-on-exempt-water-rights

Hamlett, the state lawmaker who sponsored the bill, explained that water laws in Montana have a long and complicated history.  “Our water rights are the history of Montana and we want our history to be as accurate as possible.” For one thing, Hamlett wants to make certain that every water right in Montana is filed and recorded because the total amount of those water rights is important when determining the downstream flow of the Missouri and Yellowstone rivers after they leave Montana.  If Montana has a certain amount of claimed and dated water rights, those rights have priority over claims downstream.

Another reason Hamlett wants the water rights updated is the computer systems and programs have “greatly increased the efficiency of filing.” With water rights dating back to the mid-1800s and major updates having occurred in the 1970s and 1980s, there are a lot of paper files that need to be updated to a modern format.

WATER RIGHTS
The DNRC handbook states that a water right belongs to the land on which it is used.  “When that land is sold, the seller shall disclose on the realty transfer certificate (RTC) at or before the closing, if any water rights associated with the property will be transferred with the land (section 85-2-424, MCA).  A fee must be paid at closing or upon completion of the transfer.”

Since the form takes time to research and fill out and a filing fee is required, many property owners may decide that it is not worth filing rights on an abandoned well, particularly in communities with public water systems, where many old wells have been capped and abandoned.  However, some people in Miles City still use wells, usually for lawns and gardens.  In older homes, those rights were probably filed for.  If a water right is not filed and dated, that right can be considered abandoned.

Most agricultural producers have an idea of their rights but many in-town residents need to check into the issue as well and then Montana will be ready for any 21st century water battles.
Posted by MT Accountant at 10:37 AM 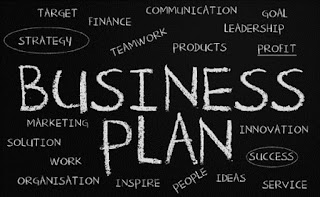 In Part 3 of our New Business Series, we're looking at the concept of a formal business plan.  A business plan describes the business: how it operates, how it is managed, how it interacts in the marketplace, how it functions financially and what its strengths and weaknesses are.  The following excerpt from the SBDC Small Business Start Up Guide explains the importance of a well thought-out business plan.  The process may seem intimidating, but the benefits of a formal business plan aren't just limited to new businesses; it can also help owners of existing businesses re-evaluate and solidify their goals. So, here are five reasons why you should write a business plan:

2) To give your business the best possible chance of success.
Writing a business plan will ensure that you pay attention to both the broad operational and financial objectives of your business and the details, such as budgeting and market planning. Taking the time to work through the process of writing a formal business plan will make for a smoother start-up period and fewer unforeseen problems as your business becomes established.

3) To secure funding.
You’re going to need both operating and start-up capital to start a new business, and you have slim chance of obtaining funding from established financial institutions (banks) without a well-developed business plan.

4) To make business planning manageable and effective.
Viable businesses are dynamic; they change and grow. The company’s original business plan needs to be revised as new goals are set. Reviewing the business plan can help you see what goals have been accomplished, what changes need to be made, or what new directions your company’s growth should take.

5) To attract investors.
Whether you want to shop your business to venture capitalists or attract angel investors, you need to have a solid business plan. A presentation might pique their interest, but they’ll need a well-written document they can take away and study before they’ll be prepared to make any investment commitment. Be prepared for your business plan to be scrutinized.

In our next article we'll address the topic of business structure.
Posted by MT Accountant at 12:30 PM

In Part 2 of our series, we're exploring the SBDC Business Start-Up Guide.  Did you know that only 20% of new businesses survive past their first year? And only 50% of those will make it to 5 years!?  (Source USA Today).  If you want to be one of the success stories, then you need to be prepared.  Let's look at the SBDC new business checklist: 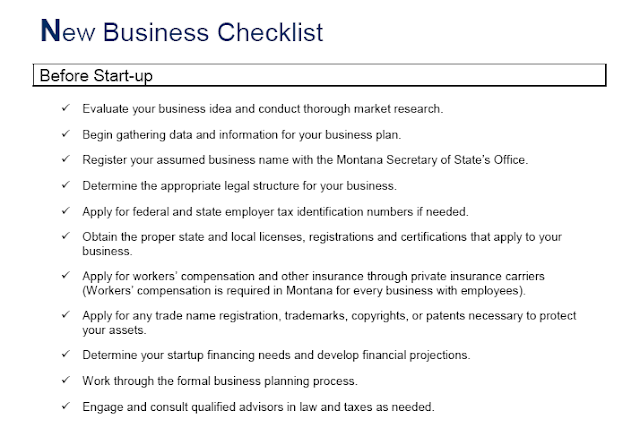 If you're starting a new business, you probably have enthusiasm and what you think is a good idea to make you some money, but part of making a successful business is evaluating both your idea and yourself before going off with nothing but blind ambition.

The SBDC guide recommends conducting market research as part of your business development process so that you understand your proposed market and the potential demand for your product or service.  This might mean using your own experience and the connections within your industry or conducting interviews or surveys of potential customers.  Regardless of how you go about it, here are the questions SBDC recommends you ask:
For most small business owners, starting a business means being actively involved in it.  This means that in addition to evaluating your idea, you also need to evaluate yourself.  So here's a few of the questions the SBDC suggests asking yourself before you embark on your business venture:
With the evaluation step complete, next we can look at the business plan.
Posted by MT Accountant at 12:31 PM